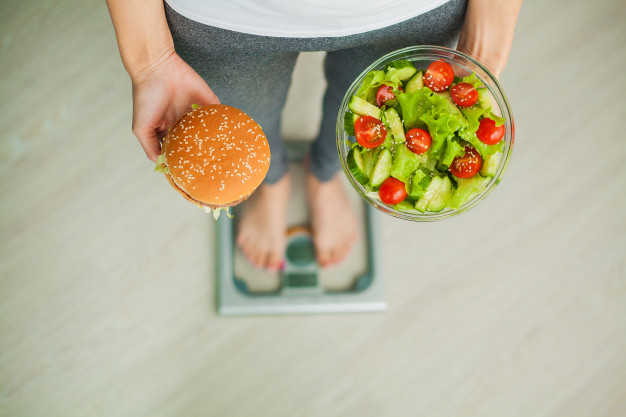 In the Indian film industry, stars and celebrities are worshipped. Their fans have great regard for them and have faith in whatever they say or do. That is the reason that there lies a big responsibility on their shoulders to always be a great example. But as glorious as it looks, their lives aren’t a bed of roses.

To look the way they do, they work hard and are required to stay away from their most favourite cuisines, workout for long hours and eat a planned and balanced diet whether they like it or not.

Here Is the Top 5 Celebrities Diet Plan to Make You Fit-:

Akshay stays away from alcohol, cigarettes and caffeine, he also starts his day at 5 am, does yoga and other cardio exercises and prefers to run back from the sets to his hotel after pack up. When it comes to diet, he believes in having a balanced one and is not the biggest fan of health supplements.

So, here is a look at what he eats:

●For breakfast, he prefers to eat paranthas and a glass of milk. This is the heaviest and most indulging meal of his day.
●As of mid-day snacks, he prefers to have fruits, dry fruits, mixed veggies, etc., something that’s healthy, filling and nourishing.
●For lunch, he prefers having roti, dal, a cup of vegetables, Dahi, and some boiled or steamed chicken.
●And for dinner, he likes to keep it light and simple. He makes sure to keep it nutritious by having soups and veggies. Also, he makes sure to finish his dinner before 8 pm in the night.
●Another very important thing that he does is to sleep after two hours of his last meal. This helps the dinner to get properly digested.

Making waves all over the globe, Priyanka seems to be unstoppable. Priyanka is a fitness freak who likes to do a lot of running, yoga, spinning and cardio. She has a lot of green leafy veggies and fruits and doesn’t depend on supplements. Her usual diet routine consists of:

●For breakfast, she has two egg whites with a glass of skimmed milk. She sometimes has oatmeal instead of eggs.
●For lunch, she has two rotis with dal and veggies.
●In between meals she likes to have coconut water and dry fruits
●As an evening snack, she likes to have a turkey sandwich or a nice fulfilling salad with sprouts and veggies. ●For dinner, she keeps it light by having vegetable soup and grilled chicken or fish with some stir-fried veggies. ●Weekends are her cheat days. She likes to indulge in cakes and chocolates and her favourite tandoori foods. But obviously, she knows how to keep a check on her temptations which is why she eats within her limits.
●She believes that excess of anything, whether good or bad is not good for health.

Another Indian celebrity who has not only won hearts in her own country by doing powerful roles like that of Piku, Mastani and Leela, Deepika is busy winning hearts in the US as well. Deepika is a fitness freak, she loves to workout. She is an early riser and loves to go to the gym. She also enjoys dancing and Pilates in particular. She makes sure that she never misses her meals and doesn’t cheat her diet routine.

●For breakfast, Deepika has 2 egg whites with a glass of low-fat milk. She loves to eat which is why she makes sure to eat every two hours.
●For lunch, she indulges in lots of veggies with grilled fish.
●For mid-day snacks, she likes to eat almonds and her favourite filter coffee. She also eats fresh fruits and fruit juices in between meals.
●Being a south Indian, she loves eating south Indian food. She eats dosa without the potato filling and enjoys her favourite idlis with green chutney instead of the coconut chutney.
●For dinner, she keeps it light and simple and eats roti with veggies and salads and strictly avoids eating rice.

The extra energetic, dashing and the nation’s new heartthrob, Ranveer Singh is one powerhouse of energy and entertainment. Considering the amount of energy this guy has, one can’t help but wonder what he eats! Well, jokes apart, but in reality, Ranveer follows a very religious diet and fitness program. His mesmerising physique is a result of a gruelling twice-a-day workout plan.

●For breakfast, Ranveer has egg whites, bread and bananas.
●All his meals are rich in proteins and he regularly eats a meal every three hours.
●His in-between-meal snacks consist of dry fruits and protein shakes.
●Both his lunch and dinner again are low-calorie and high-protein diets. They include chicken/fish, veggies, turkey/tuna etc.
●He is a strong believer of protein shakes and makes sure he sticks to a low-carb and low-oil diet.

The bubbly, the charming, the energetic and the elegant leading lady of Bollywood who has managed to make a mark in the industry with just a handful of films, Alia is all set to become the top actress in Bollywood. Her girl-next-door charm and cheerful youth make her a people’s favourite too. She lost a lot of weight when she made her debut with the movie Student Of The Year.

●For breakfast, she likes to have poha or a bowl of veggies.
●Before lunch, she likes to eat a bowl of idli sambhar with some fruit.
●For lunch, she has a simple meal consisting of dal, veggies and roti.
●Again, in the evening, she likes to have either a light snack or idli which is followed by a cup of tea or coffee. ●For dinner, again, she eats 1 roti with dal or sabzi and a piece of chicken breast.

OBESITY : A COMMON AND EXPENSIVE DISEASE

THE IMPORTANCE OF HAVING A FITNESS ROUTINE