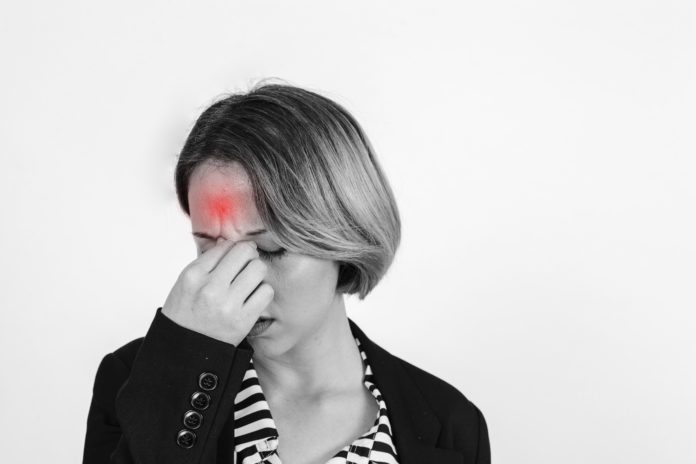 The exact cause of migraines isn’t fully understood. However, doctors and healthcare providers do know that many factors can induce a migraine.

It’s crucial to never overuse or abuse any prescription treatment for migraines. Misuse of medication can lead to increased migraine attacks and chronic migraine symptoms.

Migraines can be triggered by a significant rise or decrease in physical or psychological stress. Some people got migraines following a stressful event, while others got a new attack while they were in the middle of it.

Lack of sleep or jet lag

Sleep disturbance is one of the most prevalent migraine triggers, according to reliable sources. A lack of sleep is frequently recognised as a cause of acute migraine headaches. Excessive sleep has also been identified as a contributing factor.

The onset of migraines can also be linked to jet lag and changes in your work routine. The most frequent sleep issue associated with persistent migraines is insomnia. People who suffer from persistent headaches and insomnia are more likely to experience anxiety or sadness.

One thing all of these illnesses have in common is a lack of sleep. Many folks, on the other hand, claim that sleeping relieves their migraine headaches.

Migraine sufferers should avoid skipping meals if at all possible. Meal skipping is usually connected to the development of migraines, according to research. It’s still unclear how this occurs. It’s most likely due to a drop in blood glucose levels.

Dehydration has also been proposed as a cause of migraines. Inadequate hydration has been connected to the onset of headaches.

Certain meals, as well as a lack of food, are widely cited as probable migraine causes. Certain meals are said to cause migraine headaches in between 12% and 60% of persons.

The most prevalent substances linked to migraine attacks were alcohol, chocolate, and caffeine.

Other foods frequently associated with migraine include:

The artificial sweetener aspartame and the flavour enhancer monosodium glutamate has been linked to migraines.

Aspartame experiments have given mixed results. Its impact on migraine sufferers has not yet been determined.

MSG is a flavour enhancer that can be found in a variety of foods. MSG is often believed to cause headaches by the general public.

The majority of controlled studies in healthy people have discovered no link between MSG consumption and headaches or any other condition.

One of the most regularly reported migraine triggers is alcohol.

Red wine appears to be slightly more likely than other types of alcohol to cause migraines, especially in women.

Some experts have reported that excessive caffeine consumption can trigger migraines. That’s why it’s wise to monitor your intake of caffeine from coffee, tea, soft drinks, and energy drinks. Energy drinks can have surprisingly high levels of caffeine.

Overuse of medications is one of the most common factors in migraines.

People who overuse common analgesics, or painkillers, in particular, can be more likely to progress from occasional migraines to chronic migraines. People with migraines often overuse medications such as opioids and butalbital. Overuse of these and other pain-relieving medications, such as OTC nonsteroidal anti-inflammatory drugs, may cause more frequent headaches. It may lead to greater pain as well. Drugs in the opioid class are especially likely to be associated with the development of chronic migraines.

During migraine episodes, cigarette smoke, food odours, and scents such as perfume were found to be the most frequently offending smells.

Some people report that bright, flickering, or pulsating lights, or loud sounds, may serve as a migraine trigger.

sunlight can also trigger migraines if he was already sleep-deprived, stressed, dehydrated, or experiencing low blood sugar due to skipping a meal. He concluded that bright light may be a sort of secondary trigger.

People whose migraine attacks appear to be triggered by bright light should consider whether these other factors may also be triggers for them.

Various weather changes have been tentatively linked to the onset of migraine headaches.

Specifically, investigators concluded that lightning was the precipitating factor, although they were uncertain how lightning might trigger migraines.

Women are three times more likely to experience migraine headaches than men, according to the Migraine Research Foundation. Evidence suggests that female sex hormone fluctuations may play a role in headache onset and severity. A small subset of these women experienced migraines solely during menstruation.

The use of oral contraceptives may make symptoms worse, while pregnancy may offer relief for certain women with migraines. However, pregnancy was linked to worsening symptoms for some women. Post-menopause may provide some limited relief from headache severity.

Intense exercise may trigger migraines. Many people with exercise-induced migraines reported that their headaches begin with neck pain. More than half abandoned a favourite sport or form of exercise to avoid triggering migraine attacks. Some people reported that they’d been able to substitute low-intensity exercises for high-intensity activities that might trigger an attack.

If you’re one of the millions of people who deal with frequent or occasional migraines, it’s important to understand your migraine triggers and do your best to avoid them. It’s also important to remember that overuse of migraine medications can aggravate your symptoms.

Consider keeping a journal of personal migraine triggers. It may prove beneficial in helping you avoid future migraine attacks.

It might also be helpful to talk to others about their own experiences and migraine triggers.