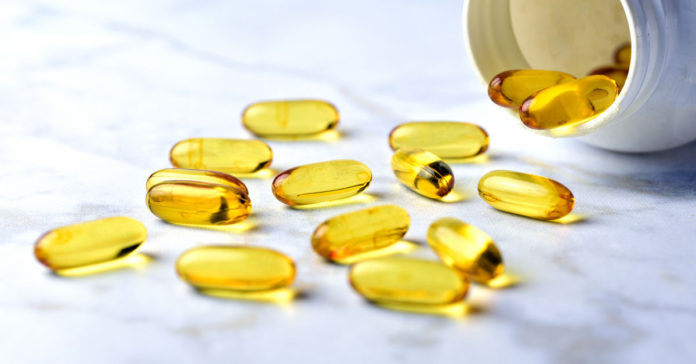 We all know that as people become older, they begin to have health issues. Our vision begins to deteriorate, our joints begin to pain, and we may get high blood pressure and cardiac problems. As a kid, you most likely played Dominoes. When one domino falls, the rest of the dominoes fall with it. It’s the result of a chain reaction. The human body is similar to a set of Dominoes. It’s kept alive by a series of interconnected cellular processes. Other cellular processes, as well as other enzymes and nutrients, power these cellular functions . Simply said, your body has a lot going on at any given time. So, like Dominoes, when one item goes wrong, it affects the rest of your body. But which nutrient is potent enough to influence your heart health, joints, and vision? Omega-3 fatty acids are what I’m referring to.

HOW OMEGA -3 TAKES CARE OF YOUR BODY?

1. Omega-3 is good for your heart and helps you avoid heart disease.

DHA, a form of omega-3 fatty acid, is a critical component of the brain and retina’s structure. The retina is responsible for converting the light that your eyes view into electrical impulses that your brain can understand. You may experience vision issues if you don’t receive enough DHA because it makes up such a major part of the retina. Omega-3 has been associated to a lower incidence of macular degeneration, according to a 2014 study published by the Association for Research in Ophthalmology. That is how effective omega-3 is. It has the potential to protect you from one of the leading causes of vision loss and blindness.

3. Omega-3 decreases joint pain and aids in the prevention of osteoporosis and arthritis.

Osteoporosis (weakened bones) and joint aches are serious issues, with bone fractures occurring every three seconds. It affects hundreds of millions of individuals all around the world. Water, minerals (mostly calcium and phosphate), and matrix proteins in the form of collagen make up bones. Omega-3 fatty acids improve the amount of calcium absorbed by your intestines, enhance the benefits of vitamin C, and strengthen bone collagen synthesis. When joints rub together, friction and irritation are reduced. As a result, joint discomfort is reduced, and arthritis is less likely to develop.

4. Omega-3 is an anti-inflammatory nutrient.

5. When you’re hurt, omega-3 helps your body repair faster. This is particularly crucial when your body’s ability to mend itself begins to deteriorate as you get older. When you’re hurt, blood takes longer to clot and scars take longer to heal, so you’ll take longer to recover. EPA and DHA, two forms of omega-3, increase blood circulation and induce fibrin to respond more quickly – fibrin is the protein that aids in wound healing by clotting blood and producing scars.

6. Omega-3 fatty acids can aid in the treatment of depression. Depression is one of the world’s most common mental illnesses. Sadness, tiredness, and a general lack of enthusiasm in life are all symptoms.

Constant concern and anxiousness characterize anxiety, which is also a frequent disorder. According to studies, persons who ingest omega-3s on a daily basis are less likely to be depressed. Furthermore, many who take omega-3 supplements for depression or anxiety find that their symptoms improve. Omega-3 fatty acids are divided into three categories: ALA, EPA, and DHA. EPA appears to be the most effective against depression of the three. In one trial, EPA was found to be as effective as a typical antidepressant medicine in treating depression.

7. Children with ADHD may benefit from omega-3 supplements. A behavioural disorder characterised by inattention, hyperactivity, and impulsivity is known as attention deficit hyperactivity disorder (ADHD). Children with ADHD had lower blood levels of omega-3 fatty acids than their healthy classmates, according to several studies. Furthermore, multiple research show that omega-3 supplementation can help with ADHD symptoms. Omega-3 fatty acids aid in the reduction of inattention and the completion of tasks. Hyperactivity, impulsivity, restlessness, and violence are also reduced.