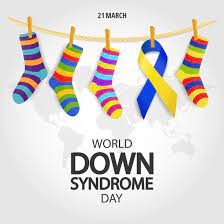 Experts believe that with developments in technology and laboratory testing, current methods may diagnose Down Syndrome in up to 90% of instances, with a 5% false positive rate, on World Down Syndrome Day, which is commemorated on March 21 by the World Health Organization. Early prenatal visits to the doctor, as well as prompt ultrasound and blood testing, can aid in the detection of this problem in the womb. The couple will have to make another decision about whether or not to continue the pregnancy. ALSO READ: BENEFITS OF WARM LEMON WATER

A genetic disease in which a kid is born with an extra chromosome is known as Down Syndrome. Chromosomes are genetic packets that control how a baby’s body develops and operates throughout pregnancy and after birth. A newborn usually has 46 chromosomes when he or she is born. One of these chromosomes has an extra copy in Down Syndrome newborns. A chromosome with an extra copy is referred to as trisomy. Down Syndrome is also known as trisomy 21. A baby with Down Syndrome is more likely to be born to an older mother than to a younger mother.Down syndrome is associated with a range of physical and cognitive disabilities, as well as medical issues. The majority of Down Syndrome children have some amount of intellectual disability, which is usually mild to severe. People with mild intellectual impairments can usually learn to read, work, and travel by public transportation on their own. They have a higher risk of developing certain health issues. ALSO READ: HOW IS OPTIMUM SLEEP IMPORTANT FOR KIDS

Approximately half of all people with Down Syndrome have problems with their heart’s structure or function. Others suffer from Apnea (obstructive sleep apnea), a curable disorder in which breathing stops and begins periodically throughout sleep.

Many people also have visual problems and blood disorders such as anaemia (low iron). They are more prone to develop leukaemia, a kind of blood cancer, although being less prevalent. As a result, their memory and cognitive abilities may deteriorate, and they may become unwell more frequently due to their weakening immune systems. They are more likely to be overweight, suffer from thyroid disorders, have gut obstructions, and have skin problems.

Down Syndrome can be detected using a variety of methods, including blood testing early in pregnancy, ultrasound imaging, or a combination of the two. Cell free DNA testing, also known as NIPT, may now discover foetal genetic make-up by examining the mother’s blood.

Despite having greater obstacles than the ordinary person, persons with Down Syndrome may make meaningful contributions to the workforce with the correct tools, help, and mentoring, as many countries have shown.

Prejudices, false assumptions, antagonism, and a lack of understanding, unfortunately, prohibit people from exercising their freedom to work. People with Down syndrome have the same right to work as the rest of the population. This right is codified in Article 27 of the United Nations Convention on the Rights of Persons with Disabilities, and Goal 8 of the Sustainable Development Goals includes decent employment for all.

The parents have complete control over whether or not to continue with the pregnancy. The goal of a Down Syndrome diagnosis is to help parents prepare to welcome such a child into their family. We believe in acceptance and passionately believe in offering the best possible Down Syndrome screening as well as encouraging parents who choose to continue pregnancy with Down Syndrome infants.