Home sex education HOW TO LOSE WEIGHT WITH PCOS
Facebook 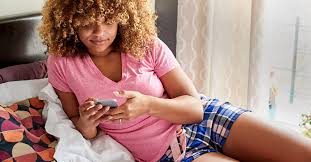 Hormonal imbalances, irregular periods, and/or the development of tiny cysts on one or both ovaries are all symptoms of polycystic ovarian syndrome (PCOS). Up to 7% of adult females are affected by this illness. Women with PCOS find it difficult to lose weight due to hormonal abnormalities, insulin resistance, and inflammation associated with the illness. In women with PCOS, even a minor weight loss of about 5% can improve insulin resistance, hormone levels, menstrual cycles, fertility, and general quality of life. ALSO READ : DIET FOR PCOS PATIENTS

Here are eight weight-loss recommendations for people with PCOS.

Because carbohydrates affect insulin levels, lowering your carb intake may help you control PCOS. Insulin resistance occurs when your cells cease detecting the effects of the hormone insulin, which affects about 70% of women with PCOS. Insulin is required for the regulation of blood sugar and the storage of energy in the body. High insulin levels have been linked to increased body fat and weight gain in the general population, as well as in women with PCOS. ALSO READ : AYURVADIC WAY TO RELIEVE PERIOD CRAMPS

A high-fiber diet may help people with PCOS lose weight because fibre keeps you satisfied after a meal. For fibre, the Reference Daily Intake (RDI) is 14 grammes per 1,000 calories, or around 25 grammes per day for women. Women in the United States, on the other hand, consume only 15–16 grammes of fibre per day on average. Higher fibre consumption was connected to decreased insulin resistance, total body fat, and belly fat in women with PCOS, but not in those without the condition, according to one research. Higher fibre consumption was linked to reduced body weight in another research of 57 women with this illness.

Protein helps to keep blood sugar in check and boosts feelings of satiety after a meal. It may also help you lose weight by lowering cravings, increasing calorie burn, and controlling hunger hormones. In one research, 57 women with PCOS were given either a high-protein diet with more than 40% of calories coming from protein and 30% from fat, or a conventional diet with less than 15% protein and 30% fat. After six months, the women in the high-protein group had lost an average of 9.7 pounds (4.4 kg), which was considerably greater than the control group. If you’re concerned about your protein intake, you may include it in your meals or pick high-protein snacks. Eggs, nuts, dairy, meat, and shellfish are all high-protein foods.

Including a variety of healthy fats in your diet can help you feel fuller after meals, as well as combat weight loss and other PCOS symptoms. A low-fat diet (55 percent carbohydrates, 18 percent protein, 27 percent fat) was compared to a higher-fat diet (41 percent carb, 19 percent protein, 40 percent fat) in a trial of 30 women with PCOS. The higher-fat diet resulted in more fat loss — including belly fat — after eight weeks than the lower-fat diet, which also resulted in a loss of lean body mass.

Healthy gut flora may have a role in weight management and metabolism. According to studies, women with PCOS have fewer good gut flora than women who do not have the illness. Furthermore, new study reveals that particular probiotic strains may help with weight loss.

6. Incorporate Mindful Eating into Your Routine

Women with PCOS are three times more likely to have eating problems and have tried a variety of diets. One such answer is mindful eating. It encourages people to be more aware of physical cues like hunger and fullness. Mindfulness-based methods to food may aid in the treatment of problematic eating habits, such as binge eating and emotional eating.

7. Reduce the amount of processed foods and sugar added to your diet.

Another way to reduce weight if you have PCOS is to eat less of certain harmful foods. Processed meals and added sugars can elevate blood sugar levels and put you at risk for insulin resistance, which has been related to obesity. Sugar may be processed differently in PCOS women than in non-PCOS women. Women with PCOS had higher increases in their hormones, according to research.

8. Exercise on a regular basis

Exercise is a well-known method for losing weight. Those with PCOS shed 2.3 percent body fat in a 12-week research in which 16 women conducted 45–60 minutes of cardio three times per week, compared to 6.4 percent in the control group. Despite the fact that women with PCOS shed less fat than women without the illness, the exercise programme did result in belly fat loss and improved insulin sensitivity. Women with PCOS have also been proven to benefit from weight training.

STAY CAUTIOUS WITH THESE TIPS DURING PREGNANCY